‘Cause this world requires more kids who can laugh at themselves and not take life too seriously!

Is there such a thing as too much laughter? Nope, I don’t think so. As a journalist who is forever snooping and eavesdropping on strangers, I often come across people who think the earth tilts on their personal axis. And I’ve often wondered what life is like for them in the real world. Or why their parents didn’t give them a whack at times while they were growing up, to shatter any illusions of self-importance. In a bid to raise my own kid with his humour intact through the bleakest moments, I reached out to celebrities who are making sure they are being raised with more laughs, than scowls. Here’s what they had to say… 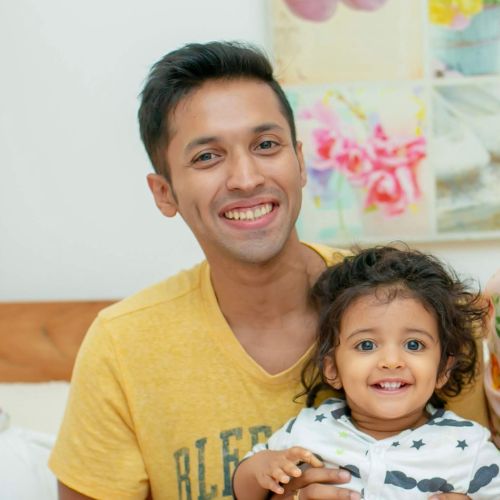 Recently, during kanjak puja, I asked her to go to every house and tell the hosts that whatever money they’re giving her is not enough and she should demand more. So, she actually went around asking for more money from people! It was very funny. Rayna is five-years-old now and she doesn’t take things too seriously. I read this somewhere that ‘Children are often the parents’ last effort at perfection’, which is to say that parents try to make their children the perfect version of themselves. I always remind myself that whenever I try to make her behave in a perfect way. When she behaves in an odd way, I encourage it. When she mispronounces a word, we all mispronounce that word to make fun of it. Once she called ‘decorate’ as ‘detorate’ and we all started calling it ‘detorate’. Children are all agents of chaos and the second you realise that, your parenting journey will be easy. When little issues arise, I say, “You’re an agent of chaos, that’s why you’re doing this’ and we all laugh about it!” Once a piece of shredded tuna went up my son Mikhaail’s nose while he was eating and he came up to me and asked if he is going to die—and he kept sneezing for half an hour! My friend Kunal Vijaykar and I laughed like crazy and told him that no one has ever died because of a shredded tuna up their nose before. So yes, trying to teach humour to your kids is difficult, but as a father, I feel I should help them see the humour in these situations. Life sucks and we will all die eventually, so the only way to get through it is by pretending that it isn’t as sucky and it’s all cool—which is why I’ve taught them to laugh at everything around them.

There’s another incident with my daughter Maya. We go to the Oval ground quite often to walk our dogs. I am very touchy about animal haters and I’m quick to pick up a fight if I see people hating on dogs or animals in general. There was this one guy who overreacted and started to yell at my dog, so I gave him a piece of my mind. But he recognised me suddenly and was like, “Hey, aren’t you Cyrus from MTV Bakra?” He even started to take selfies with me. I had to be nice to him and smiled for the selfies. Maya, who was only around six or seven-years-old then, shook her head and said, “Dad, you’re such a hypocrite!” I was dumbfounded.

Oh and I have to tell you this one incident—when Mikhaail was three-years-old, my mother-in-law had come down to live with us for a bit after my father-in-law had passed away. She was sad, so my son very innocently told her, “Naani, don’t worry, if you’re feeling sad, let Daddy give you a bath!” Giving bath to the kids was my department, so in his head he was just being nice. It was so awkward, I couldn’t look up and face my mother-in-law! 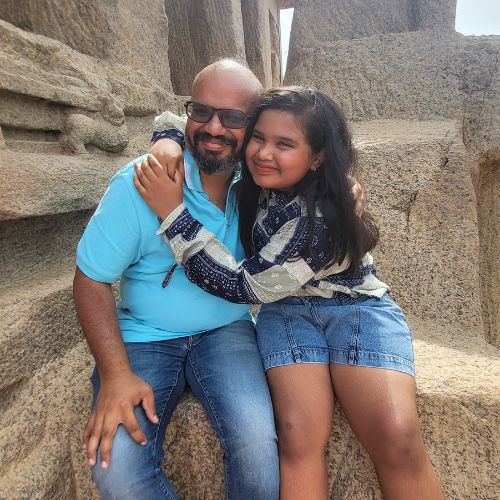 Having one child at home is equivalent to having 10 adults. When my daughter was four-years-old, she used to just keep talking nonstop. She wouldn’t use a comma or a full stop—just kept talking all day. One day I told her, “If you stop talking for five minutes, I will give you a chocolate” and that was the first time in her life she actually said NO to chocolate!

She also used to interfere in whatever my wife and I used to talk about. One day I told my wife, “Petrol prices have gone up,” and before my wife could even react, my daughter said, “Oh, then how will I ride my cycle now?” I believe kids already have a sense of humour. It totally depends on the parents if they want to develop it or curtail it. Now, my daughter is 12-years-old with an amazing sense of humour. She is at the stage where she is appreciating word plays and puns and comes up with them herself. The other day she had a late dinner—chapati with soya chunks. I told her “If you have a late dinner, you’ll find it difficult to sleep." She replied, “I won’t have any issues in sleeping because I had 'soya.'” I was never proud of her like that before!

As a comedian, I think Indians are slowly learning to laugh at themselves. I strongly believe that my daughter should also be like that. In my house, I imitate my daughter and make fun of her and encourage her do the same. That way you are making her understand that one can laugh at themselves. When the child grows up and faces the outside world on her own, she will know how to handle herself better and make friends faster. Someone wiser than me had said, and I forget who it was right now, don’t sweat the petty stuff and don’t pet the sweaty stuff (note: It was the genius George Carlin); and I think this is so appropriate when raising a child. A child picks up a lot of the cues one gives him or her as a parent, so I think the trick is to be watchful of yourself and how you react to situations. If you tend to hyperventilate over little things, the child will naturally be on edge about your reactions and to every lapse or misdemeanor, rather than laughing the small things off.

A good sense of humour is something rare, to be prized, and something that can be cultivated, and blessed is the adult or the child who has it. My son was the resident clown of the class when he was younger, and now he has graduated to a dry, droll sense of humour now that he's in college. Luckily, he outgrew the scatological phase of humour quite young and now has this delightfully wicked sense of humour, which suddenly pops up with a clever turn of phrase or completely impromptu in the midst of conversation.

I think a sense of humour is like a carapace for a child, it allows them to have fun in the world without being bogged down by it. The trouble is when the funny side becomes a mask for a deep underlying sadness, and I think this is what parents need to watch out for, especially teens. When you make money by telling jokes, your kids already know that education is not that important to survive. I was a mediocre student and most of the kids who were super-achievers in my class are not really doing any better. So if I have to push my kids towards anything that would be mediocrity. I never really push them to take up an activity or excel in anything. As of now, they have been switching sports classes every year and have hardly ever won any medals. It doesn’t bother me as long as they are having a good time and I can afford their next sport. Once under peer pressure, I decided to make my kids talk only in English. I told them, “Talk to me only in English”. They stopped talking to me.

I really believe that the best way to build a sense of humour in kids is to show them that you have one. We are regularly playing pranks on each other, where either my wife or I team up with the kids. When they see that their parents can take a joke and laugh at themselves, it makes them open to taking jokes. Now, whenever someone starts talking too seriously in the family we are half-expecting it to be a prank. It takes an outsider a couple of minutes to realise that the fight they just saw was a farce. 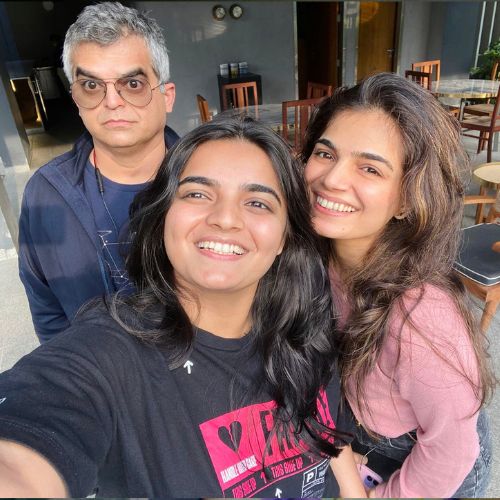 I’m a father to two daughters and I’ve always believed that children should be brought up with a sense of humour. In this world which is so complex, tough, and serious, laughter is the only saving grace. I’ve tried inculcating a sense of humour in them from an early age, even while doing boring things like homework. For example, between two serious math questions, I used to slip in a remark like, “Now for five minutes, we’re all going to sing our favourite songs.” I think it also teaches them to laugh at themselves. Both my children are now in their 20s and I think they are fun-loving girls and have a really positive attitude towards their friends. In fact, now I also crack dark jokes with them and try to push the envelope! I watch cringe videos with my nine-year-old daughter Anahita once I’m back home after work: the worst auditions and failed pitches on reality shows, failed magic tricks, terrible dancing and singing, bad acting. It’s a lot of fun and I pass on my love of cringe to my daughter. This is pretty much all she will get by inheritance, though I think she would have preferred to have a sports franchise or a role in a major Bollywood movie.

She surprises me with witty comebacks all the time. A few years ago, I was telling her about the Marvel Spider-verse villain: Mr. Negative. The first time she heard the name, she said “Mr Negative? That is you, Bubu.” Another example of one of her smart comebacks: “Bubu is a star, just the gassy part of it.” She also loves devising extensive treasure hunts for special events like birthdays, with small funny riddles, and clues all around the house, but doesn’t like it when I find the treasures without following the clues!

So basically, kids, when life gives you lemons, shake them well and make lemonade and stay hydrated. Well, at least that’s how I’ll make sure I raise my son.

Having a slumber party? Here are some of the most binge-worthy shows to watch

Undergoing an overdue renaissance, here's why you must make your way to this island of healing in Portugal

Inside the author's mind: Behind the scenes of the making of a novel