The talented actor at the #ConclaveMumbai22 urged people to adopt a climate positive lifestyle and raise awareness on sustainable goals.

Bhumi Pednekar is a responsible citizen first, and then an actor who’s charmed the world. That’s how she’s always lived her life. While her films continue to do the talking—having touched upon important social issues that need to be spoken about—Pednekar has always made herself heard on the global stage by being an ambassador for environmental protection. Take for example her climate conservation project, Climate Warrior, which celebrated its three-year anniversary in September. She is also working closely with the United Nations globally for their international initiative called Purpose Campaign. In a session titled ‘Meet the urban heroes fighting to keep the environment green’ on the second day of the India Today Conclave held in Mumbai, the star left no stone unturned in inspiring people to show a cause above self, and care for the world that we live in. 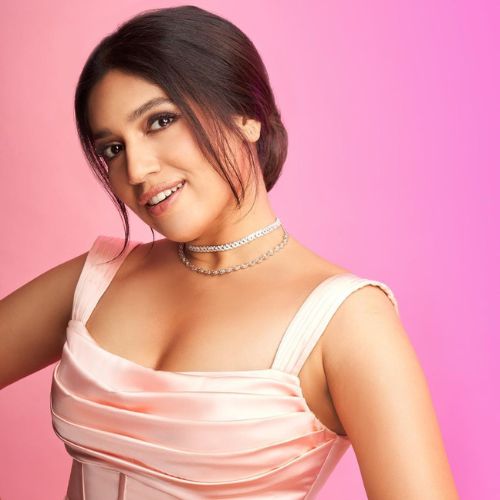 Sharing her thoughts on what made her want to believe in this cause, Pednekar said, “I spent many nights wondering what the future for me and my loved ones would look like. I asked myself if I am doing enough. It’s sad to see and know that people, to this very day, mock climate change. They’re still in denial. But that never stopped me from knowing and believing in what is right. I know that I have an audience that loves listening to me. I had to leverage my reach for good. Today, we are a very strong global community. There is so much that we need to do and stop ignoring what’s right in front of us. There is absolutely no room for complacency. I want to make people fear their future. It’s our responsibility to ensure that the future generations have the same quality of life that we do. The reason why I do what I do is because I know that I can protect my planet. It’s my only home. The four walls aren’t, 'Mother Nature' is."

Sharing the same school of thought as part of the panel was Priya Agarwal Hebbar, non-executive director, Vedanta Ltd. Despite being at the head of one of the world’s leading natural resources companies, Hebbar knows right from wrong. “We need to find a way where development and saving the environment, both go hand in hand. The world isn’t going to evolve without industrial development, but we need to keep the environment safe. Companies today are getting valued on how much they care for the environment. If industries have to succeed, they have to be responsible. It is the need of the hour for us to balance things out.”

While Pednekar is making herself heard through her stories (films), Aishwarya Sridhar, another member of the panel, chooses to do so through her photographs. The wildlife photographer, environmental conservationist and documentary filmmaker makes a telling point by letting people know that humans aren’t the only ones who need saving. “We have so many vulnerable species that are on verge of extinction. That’s when I began questioning the relationship that we share with the world. Why must it be extractive and not regenerative? It’s always been about taking and not giving. We must co-exist with nature. Whatever is taking place around us cannot be brushed under the carpet as an ‘Act of God’. Living species display emotions, and experience loss, happiness, and grief. It’s been a beautiful journey and I wanted to tell their stories through my camera. This is how I want to show people the change that we want to see and bring to this world that we love,” says Sridhar who suggests three ways to make a difference. “We must reduce the use of plastic. We must in fact, discard it entirely. Second, the 3 R’s—reduce, reuse, and recycle. Third, we must try and move towards a more sustainable lifestyle and integrate it into our lives.”

While it is stories for Pednekar and Sridhar, for Neha Naikwade, lead, climate data programme, climate collective, UN youth climate leader, she changes public perception through numbers. “I, from a very young age, knew that there was a need for me to act. I had this energy and feeling of responsibility that I must do something. I asked myself ‘Why not use my expertise in data science to make an impact?’ There is such a need for technology to complement the policies. Furthermore, there is so much that is yet to be invented, which can make a difference to the world. I would tell the youth to make the most of this opportunity. Educate yourself and begin today along with having a more climate-conscious approach to your life that will result in you making the right choices accordingly.”

For Berjis Driver, urban planner and UN India x Purpose | ‘We the Change’ campaigner, being involved in the system made him aware of the ground reality and the pressing need to act on it. “I felt that, deep down, making buildings was not something I wanted to do. I wasn’t adding any value. I had to rethink everything. I channelised my energy in a more structured way that now contributes back to society. The right opportunity will always present itself in front of us. It’s up to us to make that decision.” 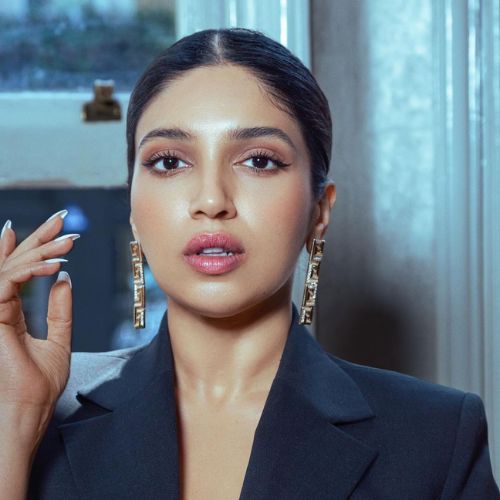 Pednekar is absolutely relentless in her mission to do good with nothing standing in her path. She will never care about detractors. “We really don’t have a choice. Climate change is the largest human threat we’ve ever faced. It’s a natural phenomenon and its speed is frightening. We need to create a community of more woke people because that’s the need of the hour. We are not listening to science. We either need to join hands and do something, or continue living the way we are. Just because we have a lot of money, doesn’t mean we will be spared. I want to go past all the noise and chatter. Every choice that I make is a responsible one. I am aware of my consumption and that’s what makes me sleep well at night knowing that I am not adding to the problem, but the solution.”

Pednekar dreams of a better world—one that has seen us take ownership of the situation and work towards a better tomorrow. The time to address climate change begins today and it begins now.

Who said jeans were out?