Our favourite moments from this week’s 'Koffee With Karan' episode feat. Anil Kapoor and Varun Dhawan

There was a lot of talk about sex and Arjun Kapoor.

When two firecrackers like Anil Kapoor and Varun Dhawan come together in one episode, there’s bound to be a lot of memorable moments. In Episode 11 of the latest season of Koffee With Karan, Dhawan and Kapoor, co-stars from their hit film Jugjugg Jeeyo, were seen at their goofiest, candid best. Here are some of our favorite moments from the episode…

Jackie Shroff has a big heart

Kapoor shares the story of how Jackie Shroff would pass on autograph books to him during shoots that had clearly come for Shroff. “He knew they were there for his autographs, but he would give the books to me and ask me to sign as well. I would sign and then he would sign,” shares Kapoor in a heart-warming revelation.

Kapoor and Dhawan get up to bring a kettle and glasses to pour themselves some ‘cutting chai’. This is probably the first time in the eleven years of Koffee With Karan that we get to see the celebs sipping on chai rather than the quintessential ‘koffee’!

Varun Dhawan is a sex guru

Dhawan, who claimed he has a "very high libido", is seen doling out sex tips to two callers seeking marital advice from the two guests. From suggesting they try ashwagandha, to making love to his wife three times a week, and trying roleplay in the bedroom, Dhawan seemed to don the hat of a sex guru with relative ease. When a newlywed caller asks how to get intimate with his wife while living in a small house with his parents, Dhawan advised him to play loud music during the act! 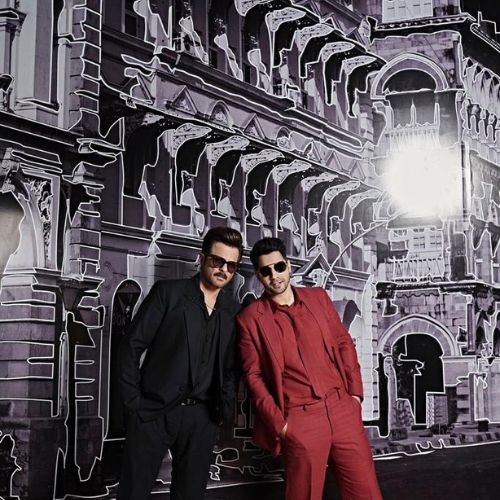 The best line of the episode

While questioning if the duo has a music playlist for lovemaking, Johar asks Kapoor, “You don’t listen to Dhina Dhin Dha? (Kapoor’s popular song from the film Ram Lakhan)?" To which, without missing a beat, Kapoor says, “I don’t listen. I do it.”

Alia Bhatt is the biggest competition
Dhawan surprises KJo by admitting that the only person who he has a healthy competition with since the beginning of his career is Alia Bhatt. “She did Highway before I did Badlapur. As a society, we need to start accepting that our female leads are also heroes or bigger than heroes. You accept that and seek inspiration as a performer,” Dhawan candidly admits.

Wife is the best
When newlywed Dhawan sweetly talks about his wife Natasha Dalal saying, “She’s the best thing that has happened to me in my life,” Kapoor is quick to take credit. “These are the lessons I’ve taught him. You’ve to praise your wife, you’ve to say how you’re happy. This is all scripted,” he says.

When the answer to everything was Arjun Kapoor

From who is guilty of gossiping, to flirting, being obsessed with selfies, being drunk, and choosing the wrong film scripts—the answer to every question in the rapid fire round for Dhawan was Arjun Kapoor. “Have I lost a friend to win this?” asks Dhawan after winning the coveted hamper with a whopping 77 percent from the audience.

Kapoor is seen at his most energetic self performing the hook steps to Just Chill, Chaiyya Chaiyya, Kisi Disco Mein Jaaye to Ek Pal Ka Jeena, and more. AK gets the prize for his killer dance moves despite Dhawan leading with more points in the quiz round.

During the rapid fire round, when Kapoor was asked what makes him feel younger, pat came the response, “Sex, sex, sex", to which Dhawan and Johar burst out laughing.

Dhawan ditched the usual color combinations and opted for an all-crimson pantsuit from Sahil Aneja's collection with a red shirt to match. The loosened crimson tie was the cherry on top. Who says you must always colour contrast your formals?