Bookmark these art exhibits taking place around the world in 2023

For the boujee and artsy globetrotter in you.

“Art washes away from the soul, the dust of everyday life.” Well, if Picasso said so, it must be true. Art is multifaceted and boundary-less in the experience and perspective that it has to offer. It is interspersed with layers of themes, ideas, and emotions, leaving it up to each individual to explore and understand within themselves and even beyond it. Today, art has evolved and how—making its way into streets as a form of political and cultural expression, virtual screens, NFTs, installations, and of course, the classic art exhibits. If you’re one of those who is a lover of everything art, travel and culture—we’ve got the perfect thing for you. Wander around the streets of Paris and visit its many art exhibits and then hop on to a plane and fly down to London and spend some time with yourself and art at Tate Modern. Here’s a list of some of the major art exhibits taking place around the globe in 2023—take your pick.

Taking place from February 9 to May 7, 2023, at the White Chapel Gallery in London, the exhibit will be showcasing nearly 150 paintings made by ‘an overlooked generation of 81 international women artists’. The exhibit goes beyond the prominent white, male names often associated with the Expressionist movement and will have on display the work of international women artists from South America to East Asia, working in the post-World War II era, exploring themes of materiality and freedom of expression. Head here to witness paintings by artists such as Bertina Lopes from Mozambique and Wook-kyung Choi from South Korea. In what is a first for the Maison Europeenne de la Photographie (MEP) in Paris, the art institution will be presenting a retrospective exhibit dedicated to Zanele Muholi, an internationally renowned South African photographer and activist. They often define themselves as a visual activist and their work revolves around powerful themes including, but not limited to, injustice, Black LGBTQIA+ rights and more. The exhibit will bring together a collection of more than 200 photographs and videos by Muholi. Celebrating the life and work of American visual artist Alice Neel, famous for her portraits of lovers and strangers alike, the Barbican Art Gallery is set to host a range of exhibits showcasing her work. ‘Hot off the Griddle’ taking place from February 16 to May 21, 2023, is a public programme which will give viewers an insight into the social and political context of the 20th century captures in her portraits. The second exhibit, taking place on March 30, is a cinematic journey through the life and work of Neel.

This year-long exhibit is taking place at the Moderna Museet in Stockholm and revolves around the work of female artists in the 80’s. Working at a time which was characterised by the rising financial crisis and the AIDS epidemic, the alternative art scene took centre stage, experimenting with themes and different mediums of art, including new media and other materials. Titled, ‘Sleepless Nights,’ the exhibit will feature the work of several unknown Swedish artists such as Cecilia Edfalk, Tuija Lindstrom, and Ingrid Orfali.

The Culture: Hip Hop and Contemporary Art in the 21st century, Baltimore 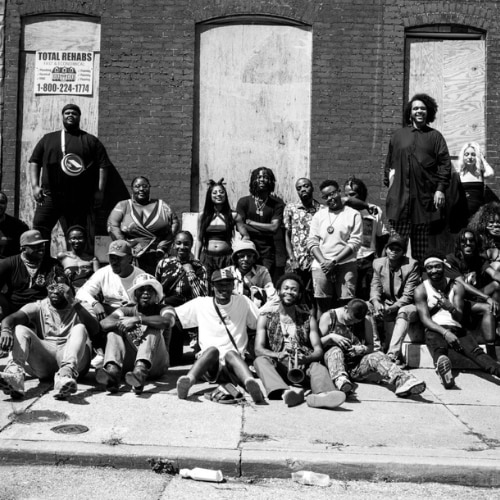 Taking place from April to July 2023, at the Baltimore Museum of Art, ‘The Culture: Hip Hop and Contemporary Art in the 21st Century' exhibit showcases works of art, music, culture, and photography influenced immensely by the artists, and the cultural and political movement that started in the United States of America in the 70’s. From iconic streetwear to archival objects by established and emerging designer houses. Through the display, the exhibit also aims to explore the impact and evolution of Hip Hop and how it has challenged political and cultural notions over the years.

Keith Haring: Art is for Everybody, Los Angeles 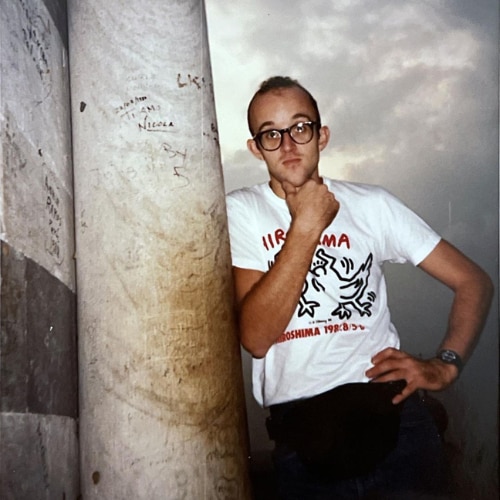 Known for his vibrant and animated illustration and works of art that emerged from New York City’s graffiti subculture, Keith Haring’s work will be on display at the Broad Museum in LA, in what will be a first for the late pop artist. Found on printed mugs, t-shirts, and even the iconic Barbie Doll, Haring has never had his work on display as part of an exhibition. It will feature more than 100 of Haring’s works including Subway murals, sculptures, and graphic illustrations. The exhibit welcomes everyone, and is aptly titled, ‘Art is for Everybody’, for an artist who believed that art is nothing if you don’t reach every segment of the people.” Known for her provocative works dealing with powerful themes such as sex, gender, and class, the Tate Britain will be showcasing the works of artist Sarah Lucas, who emerged as a path-breaking artists in the 90’s. The exhibit is narrated in her own voice to highlight the themes and perspectives shown through her sculptures, installations, and photographs. The exhibit will begin on the September 28, 2023 and will continue till January 14, 2024. Taking place at the Museum of Modern Art, the exhibition will be a first showcase of American artist, Georgia O’Keeffe’s work on paper. Known as the ‘Mother of American Modernism’, and famous for her paintings large-scale paintings of flowers, and NYC’s skyline, the exhibit will feature over 120 artworks made using various mediums such as charcoal, water colour, pastel, and graphite. It will give viewers an insight into the mind and process of the artist whose work is as incredible, relevant, and extraordinary even today. The Vincent Van Gogh immersive art experience is definitely something that should be on your bucket list for 2023. Taking place in Mumbai from January 20 to February 17 in Mumbai, the exhibit will showcase floor-to-ceiling projections of Van Gogh’s most famous works, including Starry Night, Sunflowers and more. Watch as colours and brushstrokes come alive at this exhibit.

Another much-awaited artistic affair, is the India Art Fair, taking place from the February 9 to 13, 2023 in New Delhi. The fair celebrates contemporary art and culture of modern-day South Asia, giving a voice and platform to a host of artists to showcase their work. Witness works by artist such as Sunil Gawde, Bhil artist Lado Bai, and several more. You can also attend talks, panel discussions, film screenings, workshops and other insightful, artistic activities.

Bookmark these art exhibits taking place around the world in 2023

Here are signs you could use a little relationship counselling