Characters, scenes, dialogues, dragons, you name it, there was a lot to love about the Targaryens.

Monday mornings are going to be very different with House of the Dragon no longer being part of the start of our weeks. With the show having kept us hooked right from the word go, we can’t wait for the mayhem that’s going to unfold in season 2. Having said that, the series over the past two months has given us a lot to love, hate, look forward to, and even rewatch while we wait with baited breath. Here are our picks of the most enthralling scenes from what’s been a fantastic first season. 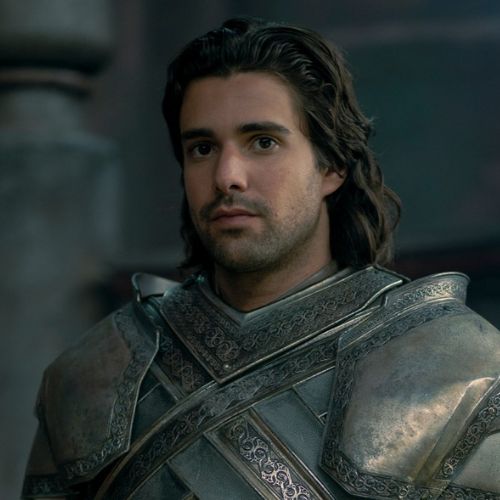 Ser Criston really needs to chill and not take things so seriously. I mean, here’s a guy who refuses to move on. There are hard feelings and then there’s this fellow who continues to hold a grudge against his ex to a point that he not only becomes her frenemy’s lackey, but also bullies her kids. Come on now! His refusal to deal with the fact that Rhaenyra would leave everything, including her dream of ruling the Iron Throne, to run off with him and get married is what drives him to winning the prize for being this season's biggest idiot. If you wanted to see what a petty ex looks like, you have your answer.

How the best of friends become the worst of enemies What started off as two friends—peas on a pod really—is now a family broken into two. Little did we know that in the very first episode a young Alicent and Rhaenyra, who sat under a weirwood tree discussing the good life, would end up baying for each other’s blood. With each passing episode, you see the relationship between these two worsen and cannot help but ask—why does Alicent have such a problem with Rhaenyra in the first place? Why is she paranoid about who her friend slept with? And since Rhaenyra is no saint, why can’t she just tell Alicent the truth? All we wanted were some answers. What we got is an all-out civil war.

The badass that is Aemond

I love a cold-blooded character, and what makes Aemond my favourite from the show is the fact that no one, not even he, could have seen himself becoming the man that he is today. With Daemon being the most feared man, having Aemond set to go up against him in future seasons is one thing that I can’t wait to see.

‘It was a fair exchange’

A post shared by House of the Dragon (@houseofthedragonhbo)

Like I said, Aemond is my favourite, which is why it shouldn’t come as a surprise that one of the most iconic dialogues of the entire series (I believe) comes from him. I won’t go into much detail and leave you to experience the absolute chills, very much like how I did.

A heartfelt moment between King Viserys and his brother

A post shared by House of the Dragon (@houseofthedragonhbo)

Despite the bloodshed, war, and plotting in the first season, House of the Dragon has given us a host of scenes that tugged at our heartstrings. One that stands out for me came during episode eight, where King Viserys Targaryen (Paddy Considine) struggles to make his way up to the stairs onto the Iron Throne. While doing so, the crown drops to the floor, with his brother Daemon (Matt Smith) picking it up, helping him up the stairs and placing the crown on his head. Despite all their differences through the season, there was something about a display of genuine love that moved us. What's more, the crown falling and Matt picking it up wasn't planned. It happened by accident and gave us a scene that we'll cherish forever.

A love story that runs in the family Brothers marrying sisters, and cousins getting betrothed is considered normal for the Targaryens. In fact, it all started with the founder, Aegon I Targaryen. With the tradition passing down generations, we should have probably anticipated Rhaenyra and Daemon ending up together. While they detested each other while growing up, it’s an alliance that soon turns into love and sees a power couple with eyes only for the throne, ready to vanquish anyone who comes in their way.

Celebrity-inspired eyeliner trends you can cop this season