As Anne Hathaway turns 40, here's looking back at her most iconic characters over the years

From Andrea Sachs in 'The Devil Wears Prada' to Mia Thermopolis in 'The Princess Diaries', set yourself up for a watchlist you will love.

“I would like to explore what’s beyond the limits of what other people see for me. Life for me these days is letting the unknown be wonderful,” Anne Hathaway said in an interview earlier this month. And this veteran actor is truly unstoppable in her experimentation of roles, characters, films and shows—from playing the 16 year-old, ‘Amelia Mignonette Thermopolis Renaldi, Princess of Genovia, to her ground-breaking performance as a bipolar woman in the Amazon Prime series Modern Love. And here’s the thing. She owns her ambitions, values and opinions within and beyond the screen. Hathaway has opened up about battling her body insecurities, facing criticism, and being hammered with superficial labels in Hollywood. She’s been vocal about the need to create safe spaces for women everywhere and has spoken about navigating her way as a woman in an excessively patriarchal world. Hathaway is all this and more: because nobody can rock the stage standing beside Kelly Clarkson singing ‘Since you’ve been gone’ like she did or spontaneously re-enact a scene from the Devil Wears Prada along with Emily Blunt and Meryl Streep at the 2007 Oscars. We love her for all that she is and everything she aspires to be. Here are our favourite characters played by Anne Hathaway.

Mia Thermopolis in The Princess Diaries Here’s one for every kid born in the early 2000’s. We watched with dreamy eyes her transformation and sighed with relief at her clumsiness. Mia made us feel at home with ourselves—untameable hair and klutzy dance moves. An 18-year-old Hathaway made her debut in the first film of the series in 2001, and often describes it as the role that changed her life’s trajectory. Her persona exuded warmth, simplicity and the innocence the character required. With the second film, ‘Princess Diaries: The Royal Engagement,’ Mia convinced us that, “To be a princess, you have to believe you are a princess. You’ve got to walk the way you think a princess would walk. You gotta think tall, you gotta smile and just have fun!” And this, gave us all the feels.

Jules Ostin in The Intern Featuring Anne Hathaway and Robert De Niro, the film could hardly be a miss. Hathaway plays the role of an ambitious business woman who has started her own company, trying to navigate her way as a working mom with a stay-at-home husband, only an up and coming idea at the time. Her character speaks volumes about gender roles and stereotypes and about the ceaseless pressures of making the right choices for herself and everyone around her. As a woman, who has been unafraid to speak about including more women in workspaces and enabling equal treatment to them, Hathaway’s character in the film was true to her own ambitions, vision and spirit. 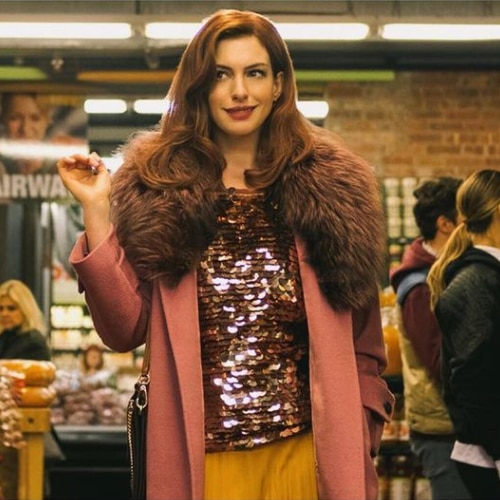 In what was a path-breaking episode for several reasons, Hathaway’s portrayal of Lexi in the show Modern Love, inspired by Terry Cheney’s story, ‘Take me as I am, Whoever I am,’ definitely tops the list. Lexi, is a charismatic and brilliant attorney who has been hiding her diagnosis of bipolar disorder from everyone in her life—her closest friends, partners and others. The episode takes us through a week in Lexi’s life, where she faces the highest of highs, the lowest of lows and everything in between. In the episode we see Lexi break into a song, almost like in a musical, as she shops for oranges at the supermarket and by the end of that day, we see her tuck herself in bed and cry to sleep. The episode is a maze through her mind and a powerful statement on mental health issues. “Could you spell Gabbana for me?” When 'knows-nothing-about-fashion' Andrea Sachs, played by Anne Hathaway joins 'Runway,’ a fashion magazine run by the devil herself, Miranda Priestly, played by the legendary Meryl Streep—fireworks are waiting to happen. The infamous cerulean sweater, fashion diet and Priestly’s ceaseless demands for coffee runs, and Harry Potter manuscripts continue to be conversation starters and ice-breakers from scenes etched in our minds forever. Hathaway once again outdoes herself as she plays the part and how, while she navigates her way through an unknown world and faces the brunt of it all. And while a sequel would be more than thrilling, Hathaway recently shutdown rumours of a second film though several cast members would be up for it in a heartbeat. 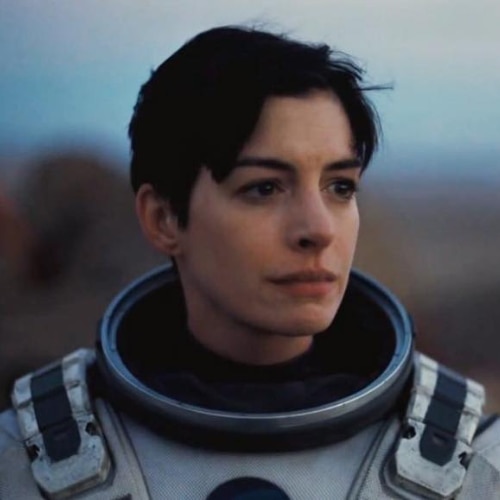 We all fell in love when Brand says, “Love is the one thing we're capable of perceiving... that transcends dimensions of time and space. Maybe we should trust that, even if we can't understand it yet.” In a movie that is layered with themes of innovation, technology, time, space and philosophy, Hathaway’s character lays emphasis on human emotions and connections that make us who we are with a firm belief that these are the things that will truly take us where we want to be.

As Anne Hathaway turns 40, here's looking back at her most iconic characters over the years

A beginner’s guide to chemical exfoliation

High-end jewellery brands to invest in this wedding season